Intelligent and resourceful, at the onset of the war Denise was the chieftain of the Outlanders, having begun her life as a sheep farmer in the wilds, and moved to Mevira with her husband some years previously. The couple did not last long in the city and Denise was forced to bring up her two sons: Laine; and Sebastian in the outlands.

With wit and cunning far exceeding that of the Outlanders Denise was able to not just gain acceptance with the Outlanders but become their chieftain.

She died early in the war however falling at the Battle of the Outlands Arena.

Some historians have raised questions over whether she was actually killed by Agnus Truciator, the diary of Kimp Targghus recites that Agnus and Denise where engaged in mortal combat for rulership of the tribe and that Agnus killed Denise before the battle began. Kimp’s diary is widely discredited however because it is known that Outlanders could neither read nor write before the war. 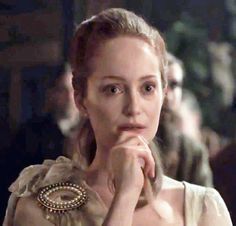