A close friend and colleague of Iskander

Rathal was a high elf, a dear friend of Iskander’s and a member of the Cogitarium.

He, like Iskander, wished to see the free use of tattoo magic. He owned many himself and hoped with his high Citizen Number he could potentially being to manipulate the UEM from the inside. However, one week he did not show up to the weekly Cogitarium general meeting. He never misses. Iskander decided to visit him afterwards in case there was a problem. As he opened the door, he saw Rathal swinging from his rafters by a noose. On his desk was a letter, written to Iskander in Elvish: 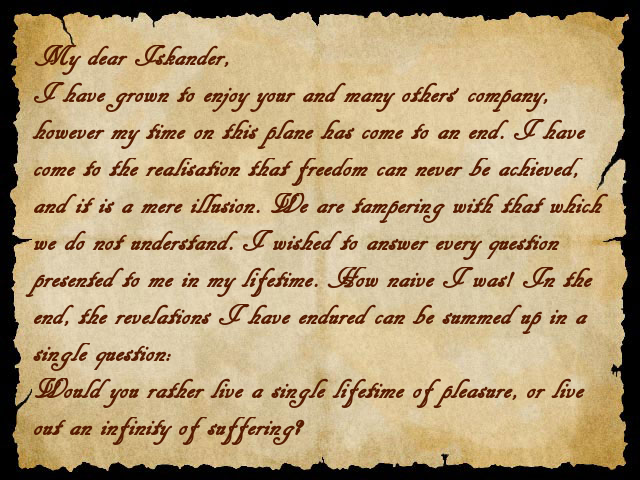 Iskander searched the house further to prevent any other secret information from falling into the wrong hands. He found a journal detailing new Tattoo designs and sketches, presumably for future inking. The journal also detailed several types of ink Rathal had come across in his research, and potential issues that come with trying to control Tattoo Magick.

Finally, Iskander reported the dead body to the appropriate authorities. 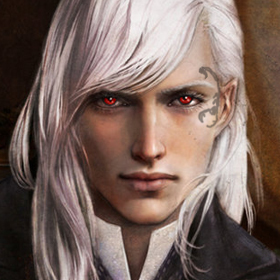