The crime boss of the anarchistic unit The Syndicates

Speaking with an Italian accent The Phantom has a pistol within easy reach when at his desk, behind him stand guards.

He previously held Eliza Greenwood as a hostage, believing he could leverage her to recruit Milo Tealeaf to his cause.

He held some circumstantial evidence that the UEM are building some kind of mechanical human, and appeared to have many connections and spies within the regime. 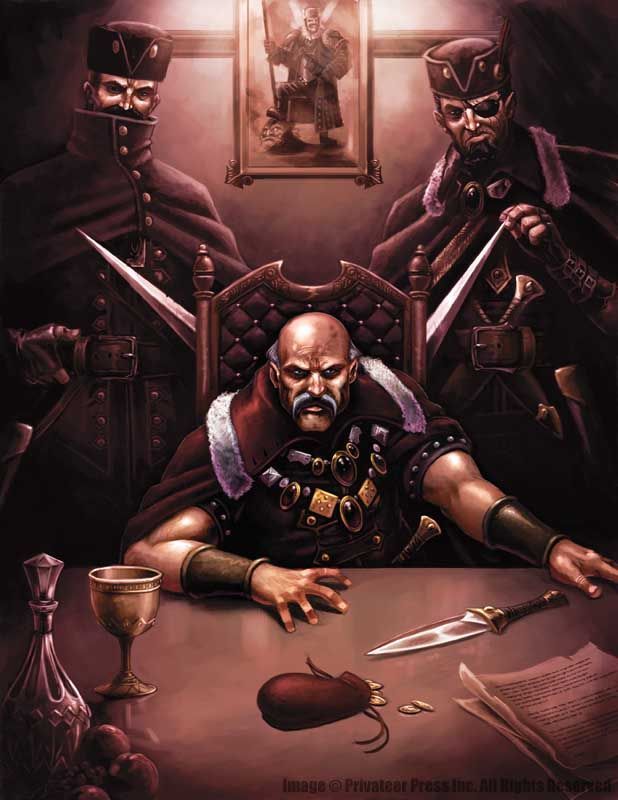