OFFICERS PICK UP THE PIECES AFTER TERRIFYING TRAIN INCIDENT

This morning at precisely 10:27, the 10:25 train traversing the East Perimeter Line was thrown off its tracks by a huge explosion set off by persons unknown. Many Officers were injured in the disaster and several remain missing. Citizens were guided across the shallow marshland to the Bankside as the locomotive and several other carriages began to submerse in the deeper waters.

Witnesses claimed to have seen a slender female tampering with a carriage connector, causing the locomotive to sink. She, amongst all other passengers aboard the train are henceforth being considered as suspects. The questioning process began just over an hour ago as more Officers were summoned to the scene.

If you know of anyone who was travelling on this train, you are highly encouraged to visit the Halls of Justice and present a statement as soon as possible. 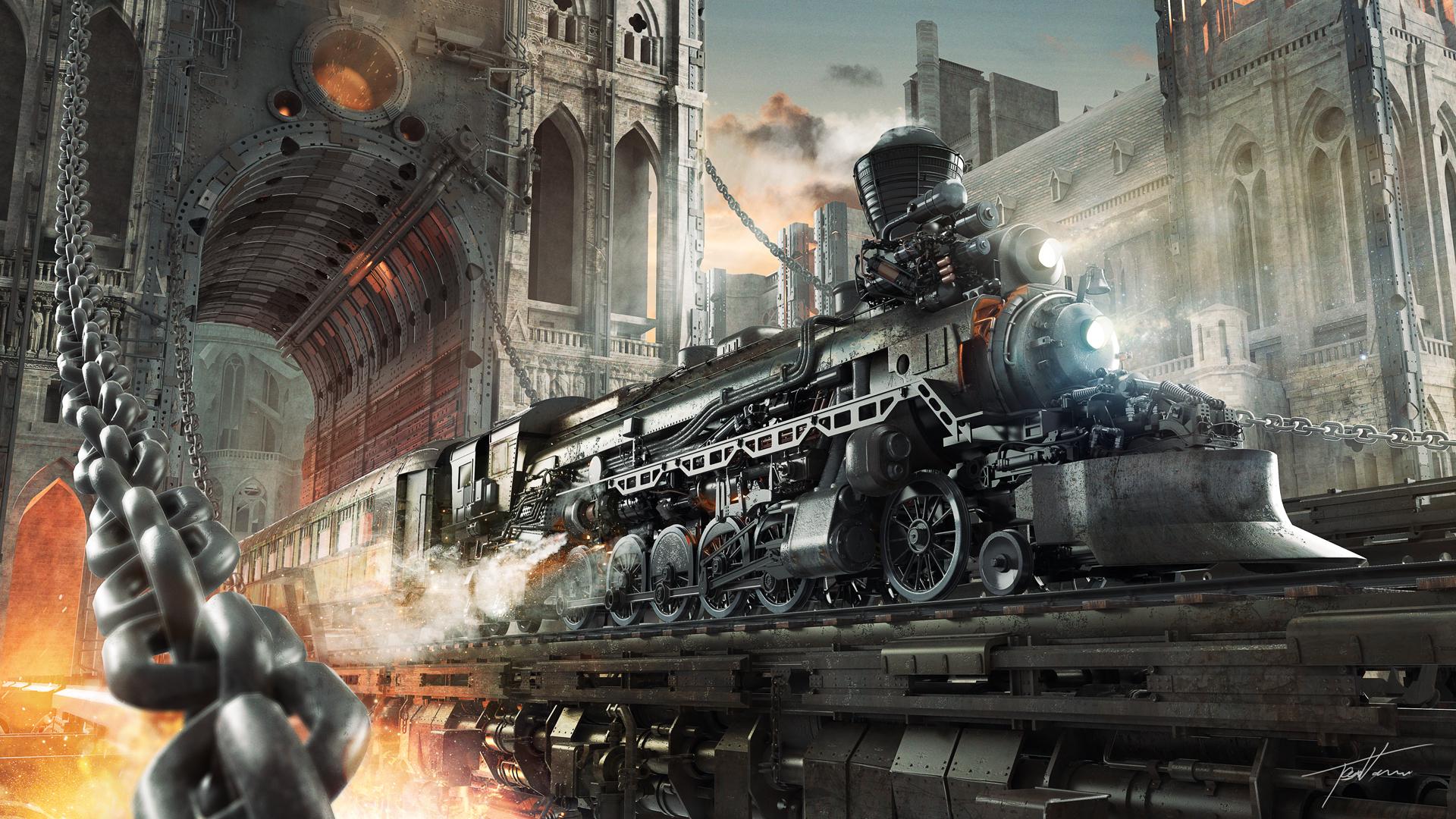 The 10:23 Central Line train beginning its long journey across The Great Whirlpool